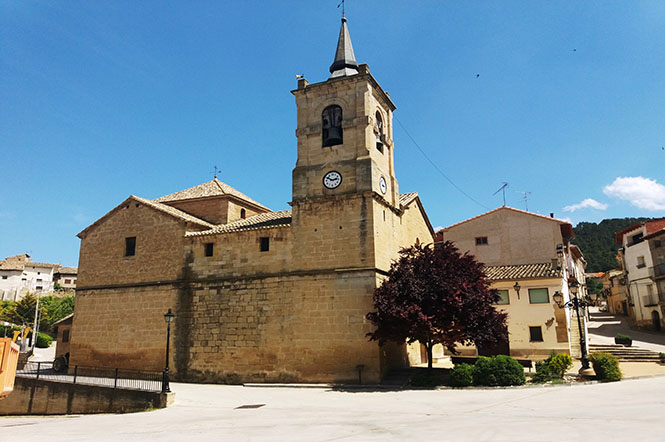 The church, built in the 17th century, is located in the neuralgic centre of the village, symbolising the union of two one separated neighbourhoods: ‘el Mas de Dalt’ and ‘el Mas de Baix’.

In the early 17th century, this Renaissance construction was sculpted as ‘Casa de la Cofradía de San Cosme y San Damián’ (house in charge of local administration), since La Portellada was a neighbourhood of La Fresneda. Finally, Carlos III proclaimed it a village in 1784 and it became a town hall.

The street called ‘Calle Llana’ has preserved a significant amount of ancient buildings. The houses are spatially organised by agricultural tasks, and were not only family homes, but also had cellars, mule stables, pigs sties, henhouses and so on.

From this hermitage you can see the banks of the Tastavins River, the Beceite Ports, the foothills of the Iberian Systems and various towns in the region. Traditionally, on April 29, the day of the saint, the neighbors come to bless the term.

From the 18th century, this simple hermitage is a place of worship and pilgrimages. On the way to reach it we find a via crucis. The tradition of “going to do the crossings” is maintained every Sunday of Lent until Good Friday.