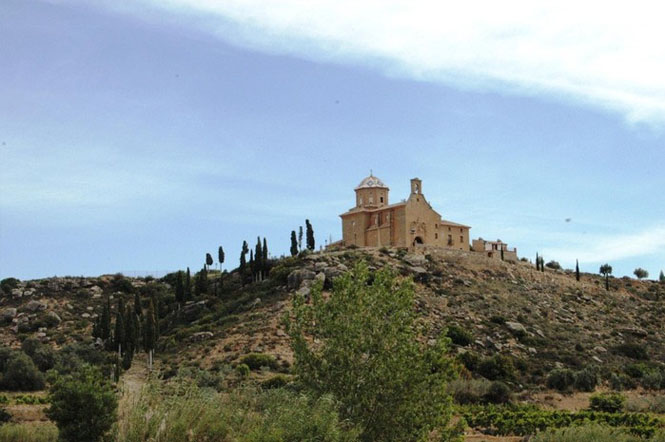 The original 16th century building was extended in the 18th century, when a Baroque main façade and a new entrance were built and the street was covered with an extra arch in ‘La Lonja’ (porches). The coat of arms of Mazaleón can be seen on its façade.

This huge building was built as the chaplain’s house during the 18th century construction boom in Mazaleón. The house is attached to the church to the south and was constructed over the fortress wall, which is why it is so high above street level.

All that remains of the castle of Mazaleón are the winepresses used to store the oil paid as tithes by the locals to the bishop of Zaragoza, lord of the village. The building was restored and equipped as a local heritage centre.

The wall enclosed the medieval fortress where the church and castle were located. The cemetery was used until the late 19th century, and the Jewish and Moorish quarters were located outside. The most ancient part of the village, the Moorish quarter, is recognizable by its network of winding, labyrinthine streets.

The church mainly dates from the 14th century, but diverse architectonic styles can be observed due to the different expansions over the years. The Gothic rose and the robust belfry dating from the 16th century particularly stand out on the façade.

The 15th century defensive tower was part of the fortress wall. It has a square floor that was originally crowned by a set of Gothic bells that were destroyed by lightning in the 17th century. The building is joined to the church via the apse.

The Matarraña River, which flows 97 km from ‘los Puertos de Beceite’ to its mouth in the Ebro River, in Fayón, features unevenness and gentle slopes in uts middle stretch. Poplars, ash, willows and stone pines can be found amid the riverside vegetation, as well as different birds and fish.

It is located next to the hermitage of San Cristóbal, which houses the Visitors Center of Mazaleón, on the right bank of the Matarraña River. It has an elongated plant with juxtaposed houses. The western part of the town is specially protected by a thick wall.