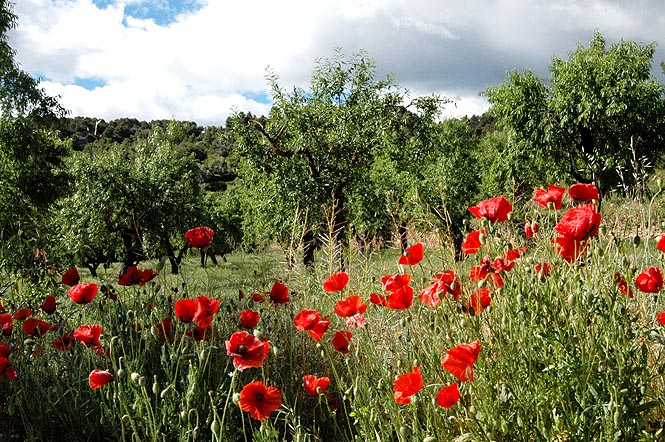 This structure built in the late 16th century symbolised the rise in civil municipal power in the form of the council office, the clerk’s office, the archive, the prison and much more. ‘La Lonja’, where the market was situated, is on the ground floor.

Braulio Foz was born in this house in 1791. He was a teacher, politician and writer and portrayed the rural world in his well-known novel Vida de Pedro Saputo (Life of Pedro Saputo). This house is a fine example of the popular architecture of the region and is now a museum.

This hydraulic construction collected rainwater to supply the population. Such ponds were common in all villages but this is one of the few that is still used and maintained in good condition.

This church blends several architectonic styles, due to its different extensions. The coat of arms of the Order of Calatrava, which conquered Fórnoles after the Christian conquest, is situated on the front façade of the church.

An ancient wall door that protected the original main part of the village, but was largely destroyed during the first Carlist War (1833-1840). Nowadays, the portal known as ‘el Collado’ is almost hidden under a civilian building.

The slender 30-metre high bell tower was built in the Baroque style and defines the skyline. It was built during the extension of the church in the 18th century and features four levels: the first three have square floors and the top one is octagonal.

Andrés Piquer contributed notably to the development of Spanish medical science of the 18th century. He was the chamber doctor of the kings Ferdinand VI, from 1751, and Carlos III, from 1759. He had advanced ideas and an eclectic position between rationalism and empiricism. He died in Madrid in 1772.